To say that 2018 ended with bang is an understatement. Larry and I can honestly say that this may have been our best albeit most challenging year ever.

Entering year three, we were looking forward to training a number of our runners for the Boston Marathon. We had a number of returning runners including three from our very first session back in 2016! Along the way, we picked up 2 new runners thereby making us 13 strong (including the coaches).

Winter training is never easy but training with a great group of runners can really make the time seem short. We had runners signed up for a variety of races including Tokyo, London, Boston, Mississauga, Toronto GoodLife, Pittsburgh and Prague.

Through wind, snow, sleet, hail and the occasional sunny day, the group trained really well over the winter months.

As a result of that hard work, our runners delivered 7 Boston Qualifiers and 4 Personal Bests out of 11 races.

We were joined by 2 new members in the Summer plus a few returnees from years past along with the core group of runners that have stayed with us over the sessions. This group has been able to forge some deep bonds with each other and although the races were staggered over several months, we still managed to run together in support of each other. With races starting as early as September in Erie all the way to December in California, Coach Larry had a really “fun” time coordinating all of the training schedules.

We hit some rough spots in the summer when Larry and I started to contemplate the meaning of life after Adaptive but you know what they say, “All’s well that ends well”.

It also helps when we start well by the way as Patrick, who for years has been an Adaptive faithful and one of our hardest workers, delivers our first BQ and PB in Erie.

From there, our runners raced all over the world from Berlin to Dublin to New York to Toronto and Hamilton and finally, to Sacramento.

Our runners in Dublin came flying through the finish line when Bill, who hadn’t raced in two years, came within 3 minutes of his PB only to be outdone by Paul who crossed the line and delivered his first sub-3:00 marathon with a convincing 2:59:13. Not only did his lower his full marathon PB for the second time this year, he also PB’d in his 5K, 10K, 21K, and 30 km (twice) races this year!

Impressive results were also seen at Hamilton where our rookie speedster Matthew crushes the club record in the half-marathon with a 1:14:22. Not to be outdone, Coach Larry delivers a superior performance with his own PB of over 6 minutes and new club record of 2:51:22.

They must have heard about these results in New York because Bhreigh, after a summer of injury and less than ideal training, decided to lower her PB by over 9 minutes while qualifying for Boston in a very tough course.

They do say to save the best for last…so we did. On December 2, in Sacramento California, Jane (student # 0) decided to throw down the gauntlet and bring the pain. Like Paul, Jane had already PB’d in almost every distance this year but the full marathon was missing (no thanks to the horrid conditions at Boston earlier in the year).

She must have been really inspired that day because she crushes the course with a 2:49:28 and snatches the record away from Coach Larry.

In the meantime, as a way to give back to our runners, we held a mini-10K training camp for those who wanted to race the always excellent Tannenbaum, our local event organised by the Beaches Runner Club.

The year officially ended with awards night with the following results: 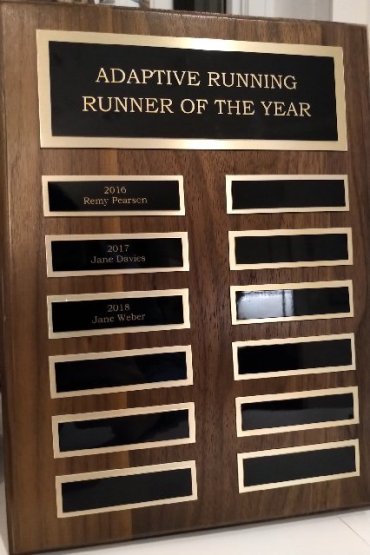 Performance of the Year – Jane D for running a PB and BQ in Boston!

Male Runner of the Year – Paul with not only his first sub-3:00 but only for PBing in every distance including his full marathon and 30K twice.

Female and Adaptive Runner of the Year – Jane W for also PBing in every distance AND delivering the first sub-2:50 for the club.

Congratulations to all and from the bottom of our hearts, thank you for running and celebrating with us. Here’s looking forward to another fantastic year ahead.